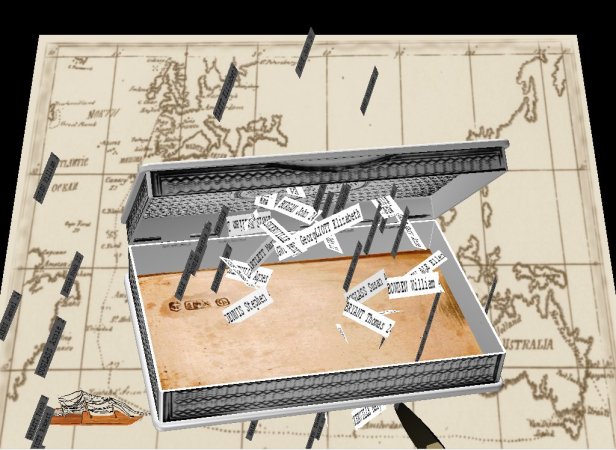 “A Trifling Token of the Esteem from the Immigrants on The Lady Jane to Captn. Maxton, OCt. 1884.”

The engraving of a castle on the lid of the model of the snuffbox can be felt with a 3D haptic force feedback interface, and the lid can be opened to see the engraved dedication inside.

As the snuffbox is tapped, scraped, opened and moved around visual and audio narrative elements are triggered that tell the story of its origins. The mixture of haptics, augmented reality, and sounds allows a museum visitor to touch a valuable object that would normally be kept behind glass, and allows the addition of dynamic and interactive storytelling effects.

The haptic snuffbox was exhibited at the “Graphite2003” Art Show at the Span Galleries in Melbourne in February 2003.