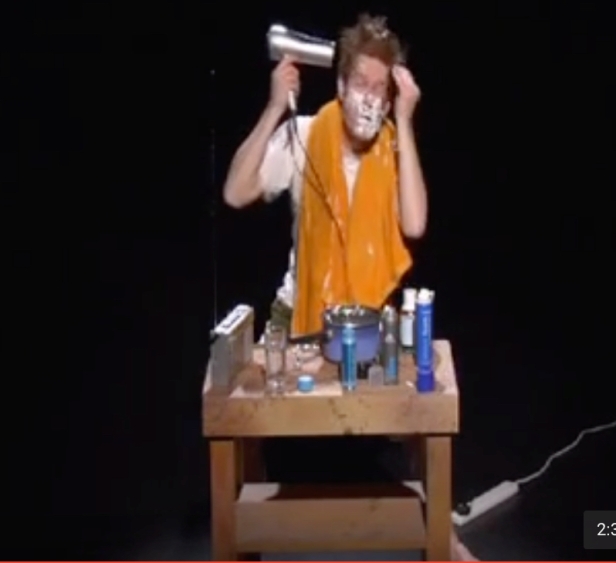 Mark in the Bathroom is a transformation of Anny in the Kitchen that shows the plasticity of meaning in sound, and an extension of asynchronous and contrapuntal film sound to theatre performance.
Anny in the Kitchen was an audio sketch for a female actor playing sounds with kitchen implements composed for the COST-SID Workshop on Theatre and Sonic Interaction Design. On the day before the workshop we faced the situation that 1) the audio sketch was to be used directly as a soundtrack for the theatre performance, and 2) that the only available actor was male. This led to a round of brainstorming in which the actions of a man in the bathroom in the morning were substituted for the original sounds designed to be produced by the actions of a woman in the kitchen in the evening.