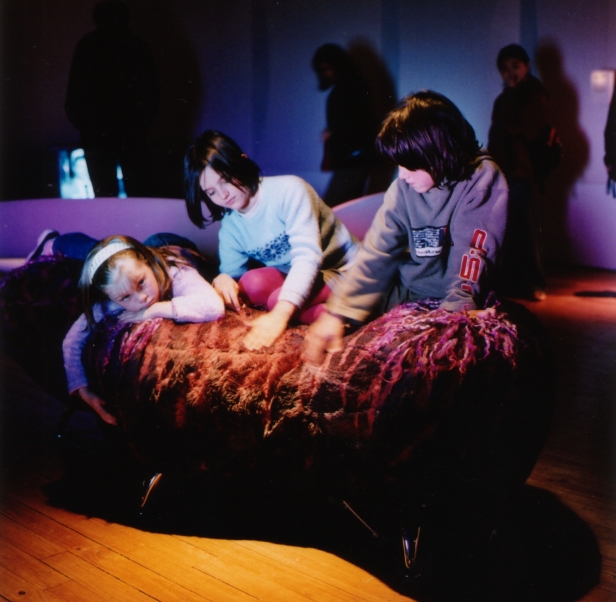 ZiZi is an Affectionate Couch that provides both physical and emotional support. This custom made Ottoman is two and a half metres long and covered in striped purple faux fur. Several people can sit on ZiZi at once to experience the purring response as they stroke her.

More than 100,000 people have interacted with ZiZi in exhibitions in Experimenta House of Tomorrow in Melbourne 2003, the Experimenta Australian National Tour 2005, Seoul Media City Biennale 2005, Experimenta Under the Radar in Liverpool and London UK in 2006, ISEA in Singapore in 2008 and Shang Hai Media Week in 2009. The faux fur covering has been replaced three times now to cope with all that patting and purring. ZiZi is now in the collection of the Museum of Old and New Art which will open in 2010.

2 thoughts on “ZiZi the Affectionate Couch”